Identifying counterfeit bearings – and taking them off the market – is vital in order to prevent costly machinery failure, writes Andrew Mynett, Key Account Manager at SKF.

Counterfeiting is usually associated with luxury consumer products such as designer handbags and watches. However, the problem is also prevalent in the engineering sector. The numbers are astronomical. The Organisation for Economic Co-operation and Development (OECD) estimates that, in 2019, more than 3,3% of all traded goods that crossed borders were counterfeit. In monetary terms, this exceeds €400 billion, or US$500 billion.

When a counterfeit consumer product such as a watch fails, the effect is little more than hurt pride (and a bruised wallet). In industry, the effects of a counterfeit bearing can be catastrophic – and far more expensive than the cost of the bearing itself. It can lead to both expensive downtime and machinery damage.

Bearings are precision products, designed to work under specific conditions. Processes such as heat treatment – and the use of high-grade steel – help them withstand tough conditions such as high loads and extreme temperature. You would never use the wrong bearing in an application – yet, with a counterfeit, it is impossible to know what you are getting. The product quality is unknown, hence performance is unreliable.

A fake bearing will appear identical to the product it is trying to emulate. However, the similarity will end there. An ‘original’ may be made from a surface-treated, high-grade steel, with accurate tolerances; the counterfeit version will have none of these things. Oblivious to this, a customer will install the fake bearing into their machine.

It is no accident that counterfeit bearings are sold in place of the genuine article. Typically, non-branded bearings – which are widely produced – are bought in by the counterfeiters and branded with the logo of a leading bearing manufacturer, including SKF. These bearings are then typically put onto the market through online sales.

The deception is enhanced by the packaging, which will feature highly sophisticated company logos, barcodes and branding – all of it false. In some instances, counterfeiters supply a ‘certificate’ with the product. Again, this will not be genuine.

With such a high prevalence of fakes, users and distributors need to be on their guard. One tip for avoiding fake bearings is pure common sense: do not buy if the deal seems too good to be true. This is especially important for a product like a bearing. However, fake bearings are not always offered at knock-down prices – as a Rolex watch might be. Typically, counterfeit bearings are sold online, by distributors that have been duped into buying them. The distributor will then sell them on – often unwittingly – which will typically result in an angry customer.

The best way to safeguard product authenticity is to purchase SKF products from authorized distributors. Being an authorized SKF distributor comes with responsibilities, implying that sourcing practices are at the highest level.

Because of the huge damage that fake bearings can cause, SKF takes the issue of counterfeiting very seriously. It regularly collaborates with authorities to make sure that fake products are taken off the market. One recent case in China tracked down a fake distributor. In the Middle East, authorities seized 20 tonnes of counterfeit, SKF-branded bearing grease. It was identified because the buyer was alert enough to realise that it literally did not smell right. Even in the UK – where the problem is less widespread – Trading Standards have seized counterfeit bearings from a small supplier.

Non-branded bearings may be genuine products with legitimate uses in engineering. However, they are typically inferior to highly engineered bearings – which are designed for specific, demanding applications.

Users who unwittingly buy fake products are not only cheated of their money. Their machinery is also at risk of serious damage – which can have huge financial consequences. For this reason, it is critical to stay vigilant about the practice of counterfeit bearings.

If you want to discuss more about the dangers of counterfeiting, contact your local Hayley Group branch. Find their details by using our Branch Finder tool. 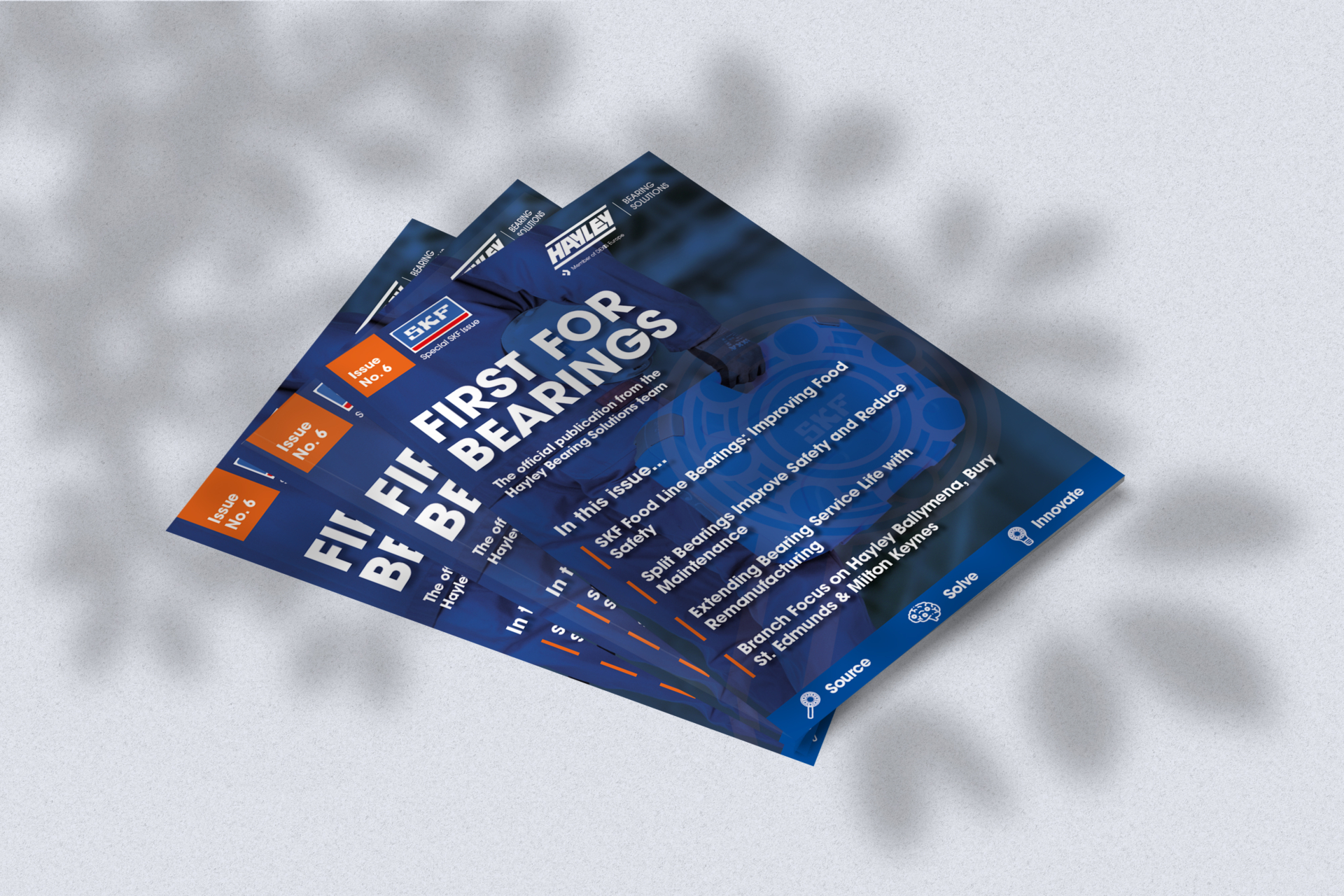 This article features in Issue 6 of our First For Bearings magazine, which was published in collaboration with SKF. Click the button below to take a look.