NSK: Proud to be Making Bearings in Britain

Alongside our plant in Peterlee, which manufactures automotive products such as wheel hub bearings and steering columns, NSK makes bearings at its advanced production facility in Newark, from where we supply a number of key products to Hayley for UK-wide distribution. This ‘super precision’ plant is a model of excellence in terms of its manufacturing capabilities and quality control measures.

Our Newark plant can trace its origins back to 1900, when Ransome & Co relocated its manufacturing facilities for woodworking and cooperage machinery from Chelsea in London. Newark had much to offer with its central geographical location and excellent transportation network, comprising of road, rail and navigable waterway links to the entire country. The new plant was christened the ‘Stanley Works’ in memory of the previous factory in Chelsea.

Built across 10 acres, the new site was so large that it featured a network of tramways to move materials around. The brick-built machine shop was the largest in the Midlands at the time. Just as now, the company worked hard on systemising, organising and developing its manufacturing methods, creating a revolutionary ‘U’ flow line to enhance production efficiency.

Major diversification arrived when Ransome & Co decided to make bearings for its woodworking machines, rather than import them from Germany. The company could not anticipate the immensity of this decision, for the manufacture of rolling bearings was soon to outstrip all other products.

An employee, Henry Marles, designed and developed the company’s first ball bearing in 1906. The outbreak of war in 1914 generated a sudden and huge demand for rolling bearings, spurred on by the development of transportation, including trucks, tractors and tanks. In fact, such was demand that it led to the creation of a new company: Ransome and Marles Bearing Co Ltd (R&M).

Growth continued apace through the following decades, leading to merger in 1968 with two other bearing manufacturers: The Hoffman Manufacturing Company and Pollard Ball and Rolling Bearing Company. Ransome Hoffman Pollard (RHP Bearings) was born, a brand that was to become synonymous with British bearing manufacture throughout the ensuing decades.

In 1987, RHP began a close working relationship with NSK through an interchange of technologies and factory visits. The following year, RHP changed ownership, with United Precision Industries (UPI) taking the helm. NSK acquired UPI in 1990, with RHP retained as an autonomous company operating under its established banner. The NSK-RHP name reverted to simply ‘NSK’ in November 2000.

Further products manufactured in Newark include mounted bearing units, such as the popular Self-Lube® and J-Line series. Newark also produces certain conventional ball and roller bearings in imperial sizes to meet demand for servicing older machines, as well as for machine builders in countries where imperial remains the main unit of measurement, such as the USA. Another active segment for Newark is linear technology, with the plant producing our NH/NS series of high-precision, high-load linear guides.

We manufacture several thousand units every day at Newark, supported by ongoing investment in the latest production technologies to further improve output quality and ensure long product life for Hayley customers. Our Newark site is also home to a large technology centre, where engineers conduct extensive tests to develop new NSK products and improve existing ones.

Hayley Group is a long-standing authorised distributor of NSK products. Contact your local branch today with any NSK or general bearing enquiries. 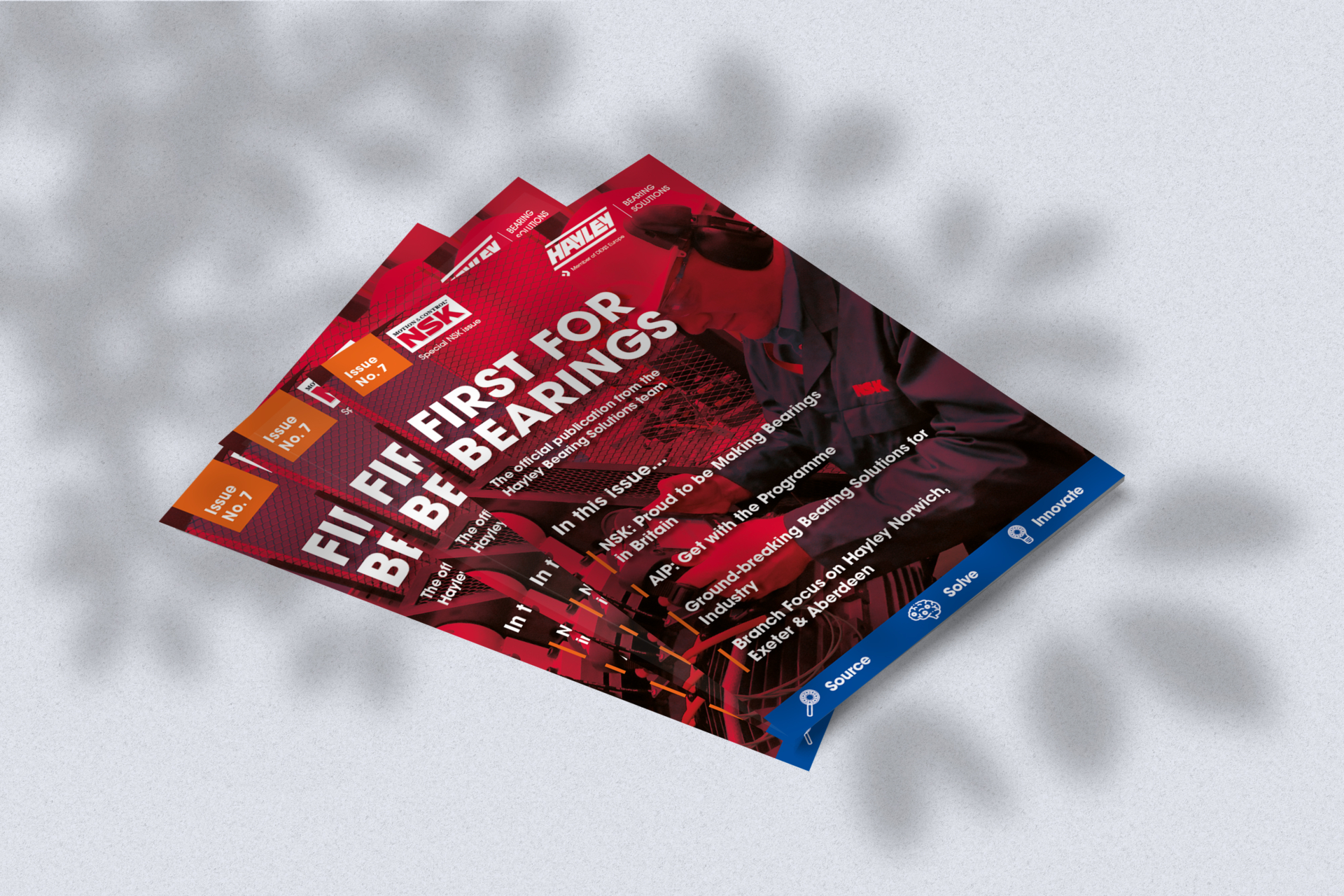 This article features in Issue 7 of First For Bearings. View online or download by clicking the button below.